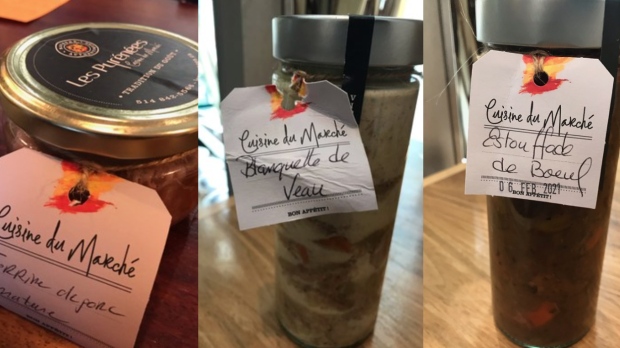 MONTREAL — Food safety officials are warning the public not to consume certain products sold at an Old Montreal restaurant.

Four different products sold at Restaurant Les Pyrénées, located at 320 Saint-Paul St. West, did not have a ‘keep refrigerated’ label on them, when the products were required to be kept refrigerated.

The recall was first announced on May 14, but has since been revised to include additional products.

The following products are also not safe to consume as they have not been prepared and packaged to ensure their safety, provincial and municipal food inspectors say. They were sold in either 150ml or 250ml formats until May 13: